I Believe in God vs There Exists a God. 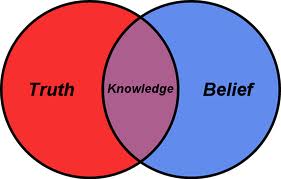 In the late 1990s, I attended the annual convention for the Australian Skeptics Society, at which Paul Davies and Susan Blackmore were both presenting, and with whom I had been in contact regarding a proposal for research into the existence of life after death (www.ndexp.com). On the night before the convention’s commencement everyone was invited to a get together at a local pub, which interestingly enough turned out to be the watering hole for some very determined atheists.

During the course of the night, I was approached by an older gentleman, who had been sitting at the bar with his wife and asked if I was “one of those skeptic people”. I answered that I was “for the most part” and when asked for clarification, I indicated that while I was sceptical about most things, others such as the Near Death Experience, seemed much more believable. My interlocutor then inquired as to whether I believed in the existence of God, to which I answered a qualified affirmative. At this point, I feel that my new friend sensed blood in the waters, as he then informed me, “Take it from me, God does not exist”. Not to be taken aback, I asked for evidence to back up this assertion, only to receive the rather smug reply, that it was in fact me who was required to provide evidence, as I was the one making the claim regarding the existence of God.

However, sadly for my new friend, I had not in fact made a claim about the existence of God. I had instead made a claim about my belief in the existence of God, and that the only evidence normally required for the acceptance of such claims as true is their heartfelt statement by person concerned. Unfortunately, my new friendship came to a crushing and not entirely unlooked for end when I pointed this out, while simultaneously also pointing out that I had heard a very definite claim about the non-existence of God, and as was traditional, I hoped that the person making that claim could provide adequate evidence to satisfy my curiosity. At this point the gentleman concerned declared, “This is getting boring”, and removed both himself and his poor wife to the other end of the bar.

After this conversation, one of the Skeptics Society members came up to me and congratulated me for making short work of “Peter”. Apparently, my theological assailant had been none other than the TV personality, Peter Russell Clark, who while famous for his cooking programs, was also an accomplished atheist, President of the association representing their interests and someone with a reputation for eating unsuspecting theists, such as myself, alive.

The point here, of course is not just to brag, in an entertaining way about how I managed to defeat the fearsome PRC. Rather, it is to highlight the difference between claims of belief about how the world is and claims regarding the actual reality of the world. While it is a subtle relationship, there is not necessarily a direct correlation a belief about the world and the actual state of the world. Indeed, it seems fairly obvious that in theology, where the subject matter revolves around a being with infinite attributes, only a fool would claim that their very finite and limited beliefs about that entity have anything more than a passing resemblance to that entity, even if there was ample evidence of its existence.