The Reality Principle: Science is Truth. 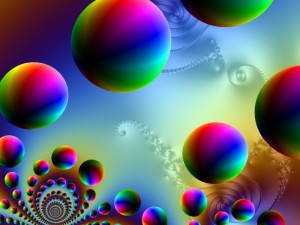 In determining truth of a particular claim regarding our particular universe, two things are therefore required. Firstly we need a mechanism for investigating the world, so that we are best able to arrive at correct conclusions and secondly, we need people who are able to engage with the world in this manner.

As previously noted, the best mechanism thus discovered for engaging with the world is science. While its methods are undergoing continual refinement, it allow us to ask questions about the universe and to be reasonably confident that the answers are more likely to be correct than incorrect.

The wonderful thing about science is that it works! Science has lead to some amazing breakthroughs and results, ranging from the medicines that saved my life last year, to the computer that I type this on and the machines that are used to construct power and maintain the cities in which we live. The power of science is that it works, and no better way of determining the facts of our universe has been determined.

It is said that imitation is the greatest form of flattery, so perhaps one of the greatest tributes to the scientific method can be seen in the way that many who would seek to deceive have sought to co-opt the trappings of science for their own purposes. For example, creationists like to fashion themselves as “creation scientists”, in order to appropriate the veneer of scientific respectability for themselves.

Similarly, many wax lyrical about how certain parts of their religious texts seem to mesh with our current scientific understanding, all the while ignoring the parts that do not. But if these texts and traditions were truly the work of an omniscient deity and if these books were genuine reflections of the world as it is, I would suggest that we would expect to see more than a few vague and random statements that can be twisted to a seemingly scientific interpretation.

Instead, we would expect to see statements about the universe that were not only correct, but were also genuinely scientific both in accuracy and in practical utility. In ancient Greek mythology Prometheus stole fire from the gods and gave it to mankind. If ancient texts were truly scientific in nature, I would expect much more of the same, yet the Bible, Quran and other texts are completely devoid of useful and practical scientific insights from the Divine as to how we might better live our lives. Imagine how many lives would have been saved had these books included a summation of the germ theory of disease and simple, practical steps to keep us clean and healthy.

Religion and the Philosophy of Pseudo-Science.

Sadly, rather than reflecting the best of scientific and technological advancement, religious movements have historically been at the vanguard of opposition to advance of science and technology. The Christian religions burnt people at the stake for proclaiming that the earth revolved around the sun, rather than the other way and modern Islam appears to be determined to retreat into a bastion of anti-science medievalism that will condemn its adherents to poverty, illness and destitution for generations to come.

While any individual scientist might find it difficult to let go of a cherished theory, the scientific ideal is for the abandonment of theories for which the evidence does not hold. This is in direct opposition to the dogmatic adherence to religious belief, whereby the belief is held to be true and all evidence and theories must be made to conform to that belief.

Far too many people glory in the fact that in a conflict between the science and their holy text, they will ditch the science and instead adhere to the supposed word of God. A prime example for this is the Christian “Intitute of Creation Research”, who’s whole point of existence is with finding purportedly scientific evidence for the “truth” of the Biblical creation myth. As an organisation, they would never countenance any evidence that contradicted the myth that they are claiming is in fact real, and perhaps unsurprisingly, as an organisation, they have not come up with a single discovery, or theory of value to the wider scientific community. In refusing to even countenance that they might be wrong, they have dealt themselves out of the scientific game and instead become a fortress of deception that seeks to provide comfort to those who are unable to countenance the possibility that their faith might be wrong.

And while much of the blame for deception needs to be laid at the feet of the deceivers, the deceived are also not entirely blameless. For a variety of cultural, psychological and other reasons, many people are hostile to critical thinking and too intellectually lazy to be bothered with ascertaining the facts, or with challenging their own cherished beliefs. Rather, it is much easier to accept the “gospel truth” from an authority figure, rather than engaging in the hard slog to appropriately ascertain the veracity of what is being claimed.

Failure to engage in this process facilitates the deception and allows it to spread like a cancer within our communities. It enriches those who would seek to engage in deception, while preventing the advancement of science and technologies that would benefit us all. Rather than engaging in new scientific discoveries, scientists are needlessly distracted by the necessity of endlessly rebutting the same worn out objections to their most basic discoveries.

When I first encountered Creation Science, I was fascinated. Here, it seemed, was evidence that the world might not be as old as I had been lead to believe. In the days before the internet, I had little choice but to purchase books on the subject and ask people who might have known a bit more than I. Despite my initial enthusiasm for the subject, it soon became clear to me that the whole topic was little more than deception. Even without reading rebuttals made by evolutionary scientists, many things didn’t make sense to me. How could all those animals have fit on the Ark? How did the fish survive? How did the platypus, kangaroo and koalas of my native Australia and whose fossils only appear in Australia, know how to get back to Australia from the Middle Eastern mountain on which they had been left stranded by the receding floods? How on earth had they gotten to Noah’s Ark in the first place?

The application of critical thinking on my part resulted in my becoming quite disillusioned with those who would seek to purvey this sort of nonsense as scientific fact. Crucially, it allowed me to understand that we need to work to produce a society of critical thinkers, who are prepared to challenge their most dearly held ideas and to discard those which don’t conform to the universe in which they live.

When combined with the Uncertainty Principle, the Reality Principle really comes into its own. It forces us to actively challenging the ideas that we hold most sacred, thereby freeing ourselves from the power of those who would seek to manipulate and deceive us. It allows us to reclaim our intellectual sovereignty and work towards building a culture of enlightenment, rather than one of delusion. In such a society, there would be no sacred cows, no untested beliefs and no seeking refuge in the ancient deceptions of long dead men who would seek to control us all from beyond the grave.

And if it means that people, don’t believe a word I write about the nature of the Divine and our journey through the Infiniverse, I regard that is an acceptable price to pay.