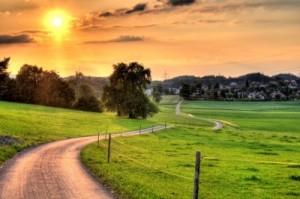 I am a Mystic, based in Melbourne, Australia, who has been using Transcendent Compounds as part of my religious practice since 2006.

This decision has had significant consequences, in that it has been difficult for me to find work (although there have been other contributing factors) and I am unable to continue studying towards the completion of a Masters degree in Psychology, because I would be immediately deregistered for my “drug use”, which I am assured is considered “disreputable” behaviour for a psychologist. Sadly, since it has now been more than ten years since I completed my Bachelor of Science (Honours) in Psychology that door is now permanently closed. *

In February 2010, I wrote to every member of the Victorian State parliament and the Australian Federal Parliament along with dozens of journalists, people working in the “Alcohol and Other Drug” sector and even police. I began those letters by saying:

I concluded these letters by stating in no uncertain terms that:

“I will continue to practice this element of my religion, irrespective of what the laws of the land might happen to be. I reserve the right to use Transcendent Compounds and to induct others into their use in a safe and respectful manner, just as I reserve the right to educate anybody who is interested about my religious beliefs and philosophies.”

Highly provocative stuff. But with the exception of a few bites from the media, I have been largely ignored, even when I deliberately had myself arrested for the possession of LSD on the Steps of the Victorian Parliament House.

Even the police have shown no apparent concern, with my arrest being more the result of an officer just doing his job as he saw it, than any kind of coordinated action by the Victorian Drug Squad.

My first act of public activism was a 28 day Hunger Strike that took place in the Melbourne CBD. In giving up food for such an an extended period of time, I am called upon people to question their stereotypes that label people like me as mere “druggies” and “addicts”. I demonstrated that this is not the case, by showing that I have the strength of character to go without something that most would probably kill to get hold of if they didn’t have it for a couple of days: Food.

I commenced this action on Nov 14 2012 by taking Magic Mushrooms in the Bourke Street Mall. Two weeks later I publicly tripped on LSD on the steps of the Victorian Parliament House. On 12/12/2012 as I broke my hunger strike, I once again tripped publicly on the steps of parliament house.

Surprisingly, as with everything else, I was ignored when taking LSD on the steps of Victoria’s Parliament House. This is despite all of the politicians inside the building and several media outlets having been notified of my actions in advance.

I tripped again in public once more on the 70th anniversary of the discovery of LSD’s psychedelic effects. The day, fondly remembered as “Bicycle Day”, was bright and sunny and by the close of play, I had another three people come to join me in tripping on the steps. As before, I was ignored, however, this time I had almost secured a space to argue my case on one of Melbourne’s morning radio programs, only to be kicked literally as I picked up the phone to speak with the presenter at the agreed time.

The reality is that our politicians and media know that they simply don’t have a case to answer when it comes to the actual truth of substances like LSD. They are fine when they can spread lies, misinformation and deceit, but have no real answer to the decades of scientific research and thousands of years of spiritual tradition that underpins my case against them.

When, after six years of trying I finally did face court, I was successful in making the legal argument, but the magistrate decided against referring it, because he viewed my case as not being “important enough” for the Supreme Court of Victoria to deal with.

I will continue down this path until they either feel compelled to act against me, or provide us with our freedoms. They know that if they do act against me, then I will take them through the court system and place their ignorant, bigoted drugs policies on trial.

They don’t want that at all!

* Note to self. Next time get the Psychologist qualification before going public!