The God Delusion: Why Dawkins was Right

Richard Dawkins, writing in “The God Delusion” has a point: There simply is no way to prove the existence of any particular god, or Gods as traditionally defined. 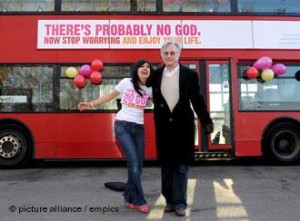 Does God exist? What is the nature of belief and what can be considered “valid” belief? Can one believe in God without any evidence? At what point does belief become philosophy and then theology? It is my intention in this article to play around with these questions, firstly by acceding to the view espoused by the atheist literature, that there is no objective evidence for the existence of God and secondly by pointing out that this is, in its own, way entirely irrelevant. Based on this, I shall then discuss the nature of God and how I believe theology should operate as a discipline.

There has been much written on this topic in recent years, by a variety of authors, however the award for the most confronting title must surely go to Richard Dawkins, with “The God Delusion”. Dawkins, like many before him lays out a comprehensive demolition of the existence of God, particularly in the form in which He is commonly viewed within the fundamentalist versions of the Monotheistic religions. While it is not within the scope of this article to examine the claims made by Dawkins in great depth, it will prove useful to skim over the arguments used by both him and others in the support of atheism.

Most obviously and embarrassingly for theologians everywhere, is that despite the claims put forward by the religious over thousands of years, modern science has yet to conclusively identify anything that could be identified as “supernatural”, let alone proof of the existence of an ultimate divine being. While many people in today’s world put forward all sorts of claims to the supernatural, these invariably fall flat when examined in detail. Indeed, for many years, the Skeptics Society in America offered a one million dollar reward to anyone who can conclusively demonstrate supernatural ability, but nobody collected. The religious often cite examples of prayer, that supposedly resulted in a person being cured of an incurable disease. In reply, Dawkins cites substantial research that has sought to prove the efficacy of prayer, but demonstrated no difference between those who had been prayed for and those who had not.

Another area that atheist literature investigates relates to the sort of world that one could expect to see around us, if there was in fact a God. Most obviously, if a God did indeed exist, one should probably expect that He would be a little more active in world affairs, putting his word out there directly, rather than through the contradictory ramblings of assorted prophets, tyrants and lunatics. There is of course, the famous “problem of evil” (technically known as “Theodicy”), in which the question of how a fully good and perfect God could produce a world in which there existed so much inherent evil. While the argument for “free will” could possibly account for the evils humanity delivers unto itself, it doesn’t account for that delivered by the universe in the form of earthquakes, disease and famine (I discuss issues with free will and Heaven elsewhere). As such, it becomes obvious that if a God does exist, His existence seems to have had no impact upon the world in which we find ourselves.

Additionally, it will come as no surprise to anyone who has completed first year philosophy, Dawkins also asserts that none of the philosophical claims for the existence of God hold water and that the existence of God is therefore not a “necessary being” by any definition. Indeed, while worthy attempts, these arguments invariably fall on account of dodgy premises, invalid conclusions, or an entertaining conjunction of the two. Being an evolutionary biologist, Dawkins takes a particular delight in tackling the issues inherent in the Argument from Design, the most obvious of these being that the underlying premise calls for a designer for the designer.

Many would argue that Dawkins fails to understand much of the philosophy and theology that he discusses and while I believe this to be a valid point, I don’t think it is serious enough to undermine his basic thesis.

So, while some readers will disagree, it is obvious to me that there is in fact no objective proof for the existence of God. If anyone disagrees with this assessment, then feel free to conduct your research conclusively demonstrating supernatural phenomena and the well regarded, peer reviewed journals, Science and Nature, will be more than happy to publish your finding. Following that,the Nobel Committee would be delighted to give you the prize for Physics and I’m sure that the John Templeton Foundation would be overjoyed in presenting their award to you as well. You could probably even get to choose who plays you in the Hollywood movie.

While it would be much easier to try and deny this distressingly harsh assessment and pretend that evidence exists where in fact it does not, intellectual honesty compels that the truth be recognised and the appropriate implications drawn from that truth. Simply put, Dawkins had it correct in the title of his book and the belief in the existence of God could be easily considered a form of delusion; it is a belief that can only be held unsupported by any objective evidence.

But we haven’t come away empty, as we now have discovered what should be a fundamental principle of theological investigation, one that will help guide us through the examination of the ultimate nature of God. It is what I call the “Scientific Principle”: Acknowledge the evidence, even when it doesn’t support what you would like to be true. Or more simply, “Don’t make shit up”.

However, this is not the end of the story, and in our next section I shall discuss why Dawkins was also quite wrong.