Despite the fact that the vast majority of the world’s population subscribe to one form of religion, or another, religion has proven itself very difficult to define. Over the years, many different legal, sociological and anthropological definitions have emerged.

Because of this, it is important to clarify that what I mean when I use the word “religion”,  why it is that I use that word and why it is important for any discussion of the sacred use of Entheogens, such as LSD, Magic Mushrooms, Ayahuasca and Peyote Cactus. 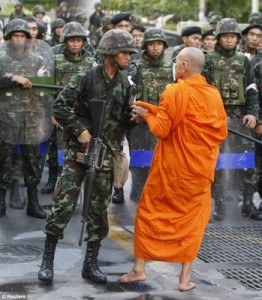 Perhaps the biggest problem with the word “religion” is that it carries significant baggage for many people, especially those who have suffered at the hands of any one of the various religious movements, both mainstream and emergent that are all too frequently more about exerting control than any real spiritual truths.

When these people hear the word “religion”, they assume I mean “organised religion” and believe incorrectly that it is my intent to set myself up as some sort of gatekeeper for the legal access of Transcendent Compounds.

Nothing could be further from the truth. This campaign is about ensuring that all people can access these compounds for religious and spiritual purposes, not about placing myself in a position of power over those who would wish to do so.

Indeed, anyone familiar with mysticism should realise that mysticism is, in many ways, the antithesis of organised religion. Where organised religion is mostly about obeying authorities who claim to speak on behalf of the Divine, mysticism is about connecting directly with the Divine and understanding it without need for mediation by a potentially corruptive class of priests, imams, or other rent seekers.

This isn’t to say that mystics don’t attempt to force their views on others, nor is it to say that many of the various priests, imams and gurus aren’t genuine but there is a difference between a person who assists others in understanding the Divine on their own terms (which is certainly something I aspire to) and one who imposes a singular fragment of the Infinite upon everyone else (which is entirely alien to my intent).

Within the context of our campaign for regulated access to Transcendent Compounds for “religious purposes”, religion can be thought of as including all types of spiritual practice and belief. But as this campaign is also about forcing the Victorian Government to comply with their legal obligations under The Victorian Charter of Human Rights and Responsibilities Act (2006), a legal definition is also required.

Thankfully, The High Court of Australia, in its 1983 decision,“Church of the New Faith v Commissioner for Pay-Roll Tax (Vic)” has provided a workable definition of religion saying that it requires two essential elements:

“First, belief in a Supernatural Being, Thing or Principle; and second, the acceptance of canons of conduct in order to give effect to that belief”.

The community of people using Transcendent Compounds for religious and spiritual purposes is simply too diverse to even attempt a summary of the various ways in which they conform to the “belief in a Supernatural Being, Thing, or Principle”, but within the framework of these varying beliefs, it can be held that the use of Transcendent Compounds is in itself a “cannon of conduct” that gives “effect to that belief”.

Within this context, it can be seen that the concept of “religion” encompasses much more than simply those beliefs that fall under the rubric of “organised religion”. Indeed, Section 14.1 (b) of the Victorian Charter grants:

“the freedom to demonstrate his or her religion or belief in worship, observance, practice and teaching, either individually or as part of a community, in public or in private.”

In other words, Victorian Law explicitly acknowledges that protected religious practice can occur at the individual level and that there is no particular threshold number of people, or any requirement that it occur within the confines of an established religious organisation.

Therefore, it can be seen that a very wide range of belief systems will be classified as “religious” under the Victorian and Australian legal frameworks. As such, the campaign “to obtain regulated access to Transcendent Compounds for spiritual and religious purposes” is applicable to people using these compounds individually, or within informal networks as it is for those doing so within more established traditions, such as Santo Daime, União do Vegetal, or the Native American Church.

While not currently recognised under any of Australia’s various drug laws, your right to use Transcendent Compounds as part of your spiritual practice is entailed by the very concept of religious freedom.

Certainly there is no need to believe anything that I (or anyone else) says about the Divine, or requirement to conform to my way of doing things.

Nor should there be.